You can buy the maps on the Internet, its address is:
http://www.cartographia.hu/. You can find the maps of the Hungarian regions and the two volumes of the Tourist guide of the National Blue Trail (name on the books: Kéktúra I.-II.) here. The travelogues of the volumes are only in Hungarian, so you perhaps will not understand the text, but the maps of the books are very useful, because they show the whole route of the Trail in scale 1:40.000 (partly in 1:60.000).

Links to books in the webshop of Cartographia map company:

The second possibility is to buy the maps and travelogues in the shop of the Cartographia. The map shop is in the downtown of Budapest, its address is 37 Bajcsy-Zsilinszky út, Budapest. You can approach it by a five minutes long walk from the M3 underground station named “Arany János utca”.

You can buy the personal completion (validation) booklet of the Blue Trail in this shop, as well. You can collect the stamps of the National Blue Trail in this small booklet, and I think it is a very useful helpmate with its exact distance and elevation data.

I put here the photos of the newest version of tourist guides, but I will tell more information about the stamping later, in other chapter.

The two volumes of Tourist Guide of National Blue Trail:

About the signs of the paths 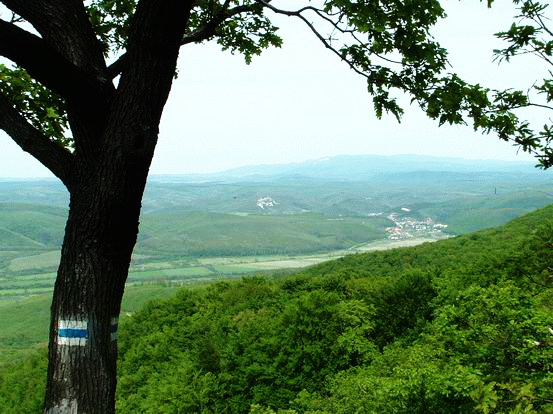 Painted signs on the ridge of Matra Mountains

The Hungarian hiker's paths are signed with painted trail marks. Their size is about 12 X 10 cm at the stripe marks, the size of the others is about 10 X 10 cm. Four colours are used: blue, red, green and yellow. The paths are signed in both directions. The work of the painters is good, if you can see the next mark from the previous one. The trail marks are painted more often at forking or crossing place of different signed paths. If the route of the paths is unambiguous - for example it goes on good dirt roads or in line cuts through the forest, you will find the marks more rarely.

The above mentioned trail markings are used on the hiker paths. Unfortunately you will encounter with other trail markings in the forest, as well! These are mainly pilgrim routes, which connect the main Hungarian and other European pilgrimage places to each other, and there are shorter or longer thematic nature trails, which have own trail markings. You will cross ski paths in the taller mountains, which have different trail markings. This situation is a little bit chaotic, but the blue strip trail marking of the National Blue Trail will lead you reliably everywhere! 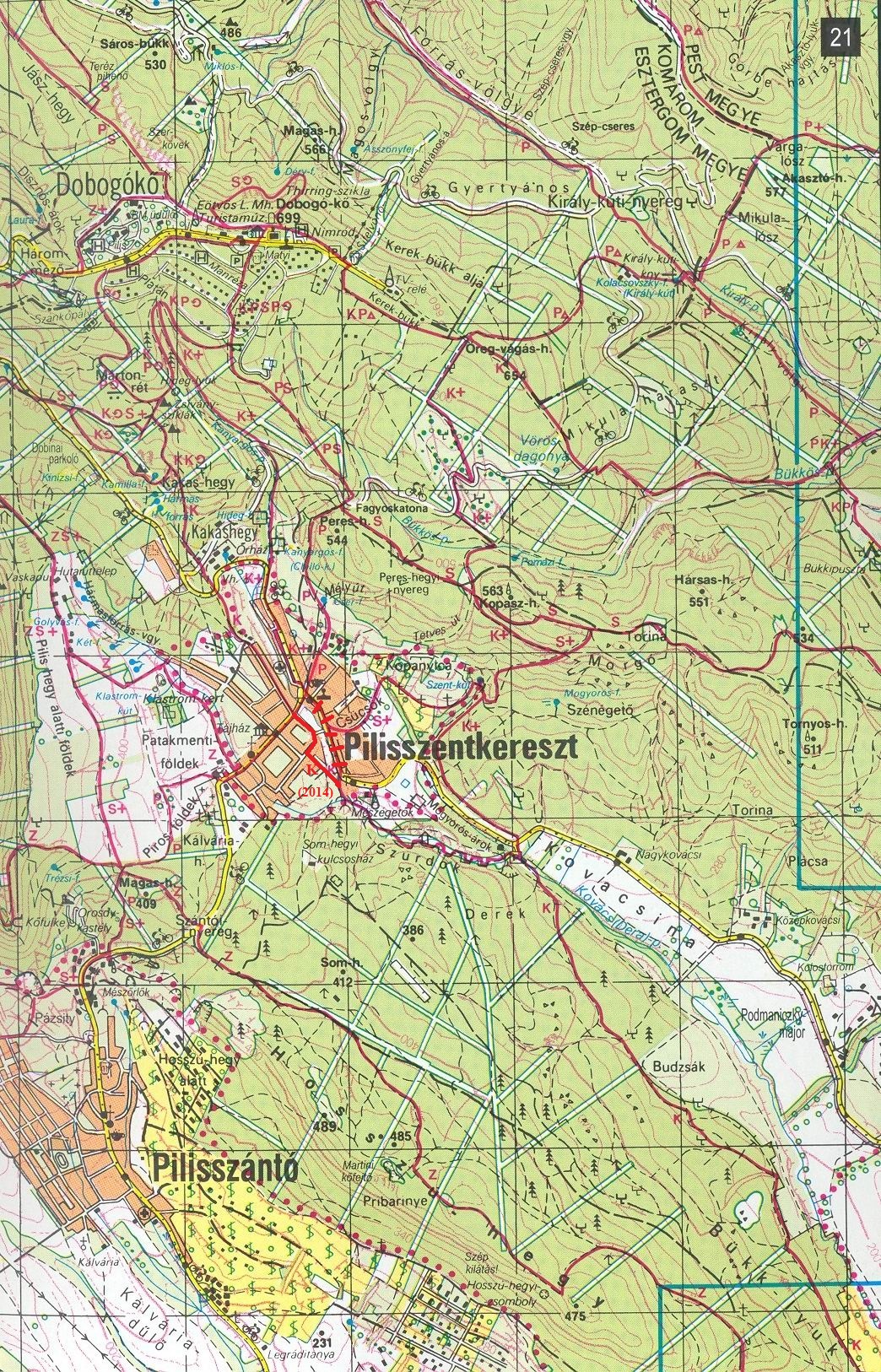 Map detail about the environs of Dobogókő

Orientation with GPS and mobile phone

I would like to recommend two softwares, they can run on mobile phones under the Locus map. Both of them show the whole net of Hungarian hiker paths, of course together with the route of the National Blue Trail. The first is the Mapforge, its appearance is similar to the hiker maps, but it shows the the different paths with their original signs, de second one is the Openstreetmap, here the routes are marked with the characters, which are written above in the chart. Of course you can install them on hiker GPS, as well. You can download them from here:

The Mapforge (left) and the Openstreetmap (right) on my Samsung A5 mobile phone.