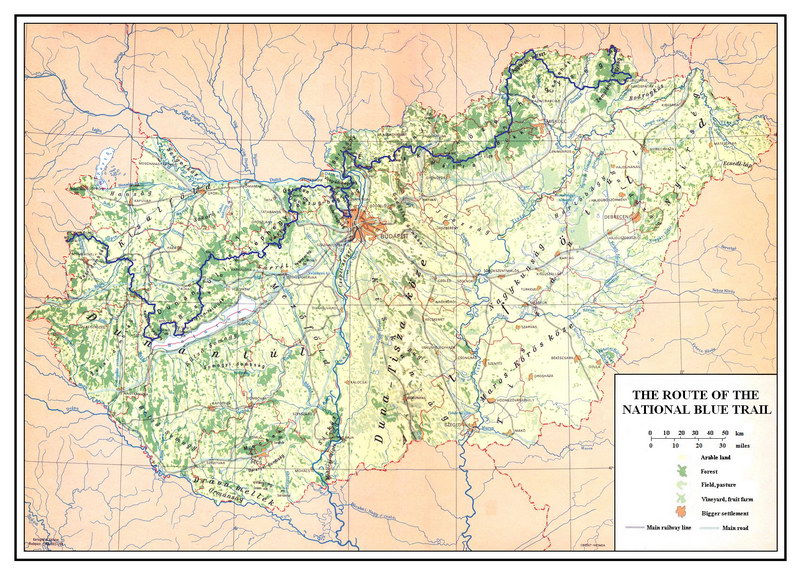 THE ROUTE OF THE NATIONAL BLUE TRAIL
If you click on the map, it will open in bigger size on a new page. 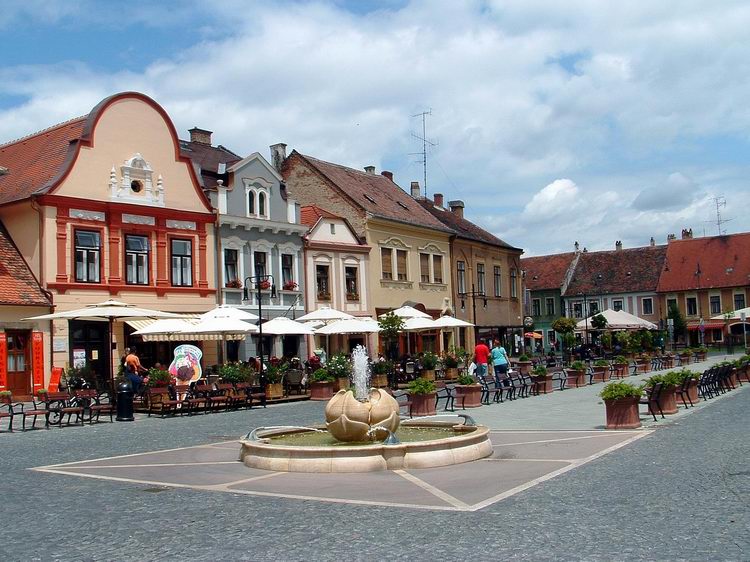 Kőszeg - The Blue Trail crosses the historical downtown of the city 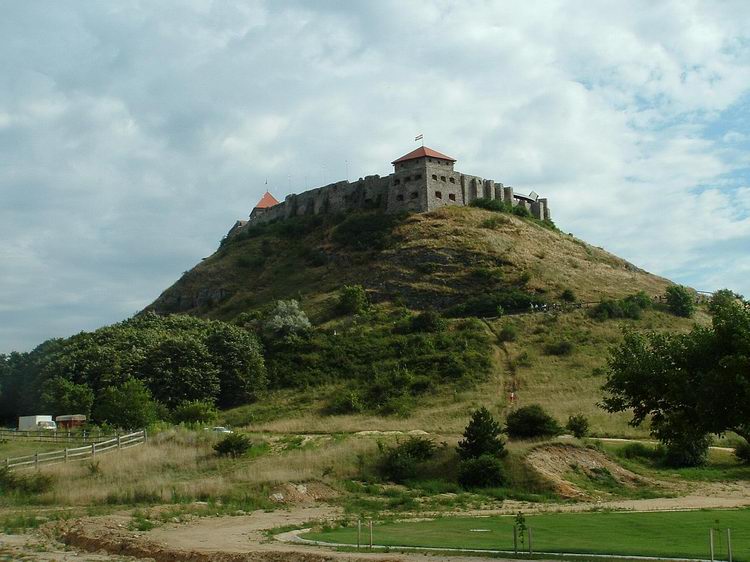 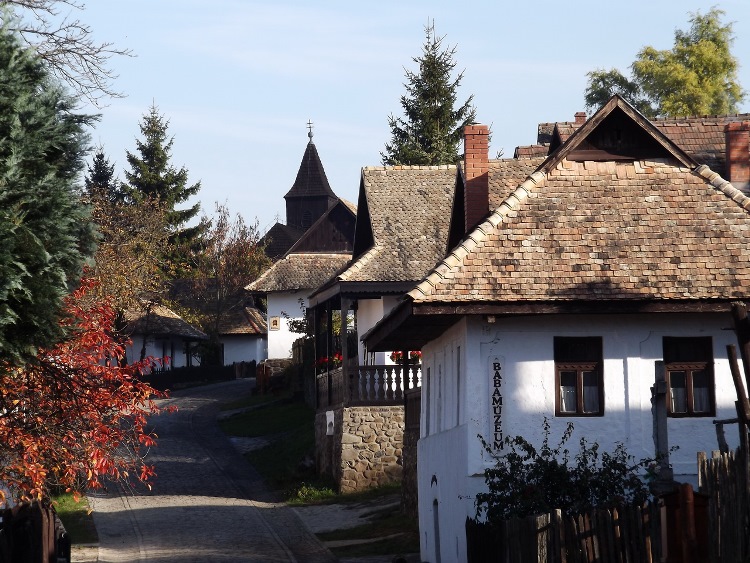 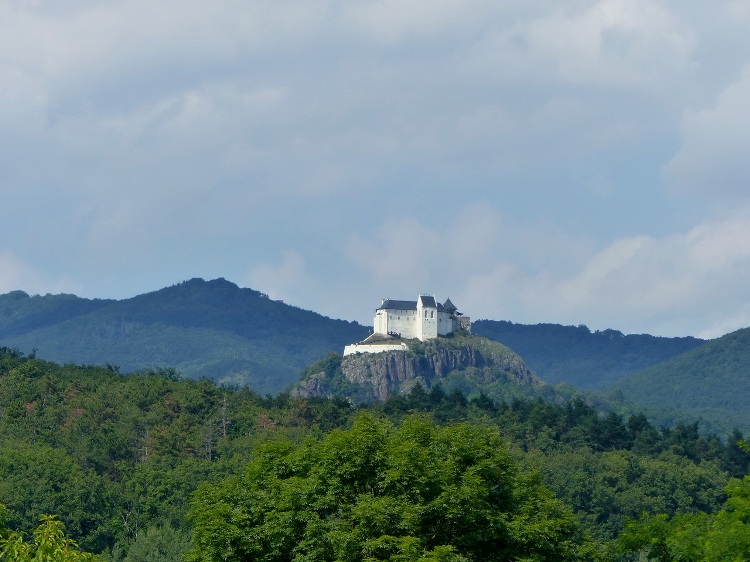 The long route of the National Blue Trail starts on the 884 metres tall peak of Írott-kő Mountain at the Austrian-Hungarian border. It descends to the feet of the mountain, visits the 700 years old Kőszeg town, crosses the Little Hungarian Plain and after the fort of Sümeg, the long and winding way continues among the hills and mountains of the Transdanubian Mid-Range Mountains. The marked trail touches the Balaton Lake and after 500 km run reaches Budapest in the middle of its route. Here the hikers can throw a glance at the capital from the hills, later the path crosses the Danube at the Danube Bend between the Pilis and Börzsöny Mountains.

The meandering route of the National Blue Trail goes on along the Northern Mid-Range Mountains, climbs the 800-900 m tall peaks of Börzsöny, Mátra, Bükk and Zemplén Mountains, the mild hills of Cserhát and Cserehát Hilly Countries. Along its long route, the Trail visits two World Heritage Sites: the old village of Hollókő and the Dripstone Cave of Aggtelek. Finally, it reaches the small Hollóháza village at the Hungarian-Slovakian border, where we arrive at its end a small monument.

This website is an advertisement, the advertisement of the beautiful Hungarian countryside and the National Blue Trail. The author of this website completed three times this long route, the travelogues were written and the photos were taken on those big hikes. He has been living in Hungary since his birth, but he recognized this country only on these hikes. He felt in love with the mildly waving hills and mountains, with the friendly people of the small villages, with the ruins of big fortresses and already forgotten small castles, extinct volcanoes and the whole atmosphere of the Hungarian countryside! He thought it is worth bringing his experiences within reach for somebody else. He hopes, the travelogues, the route-altitude profiles, the general information chapter and the other pieces of advice will help you, if you decide to visit Hungary, and hike along the National Blue Trail!

If somebody tells about himself/herself in a company in Hungary, that he/she is a hiker, almost sure that the first question will be “And have you completed the Blue Trail?” Nearly every Hungarian has heard about this thing. The completion of the Blue Trail is an important part of the life of a Hungarian hiker. There are exactly 150 checkpoints along the route of the Trail. If somebody can collect the stamps of all checkpoints in his completion booklet, only in that case is the Blue Trail completed by that person.

But not the number of the collected stamps is important if you walk along the path of the Trail, but more important thing is to visit the most beautiful natural and built sight of Hungary during the long hike and become familiar with the history of this small Middle European country. Please, enter the pages of this website, study the route-altitude-profiles, enjoy the travelogues and photos, and if you decide to hike on the National Blue Trail, don’t hesitate! Pick up your backpack and come to Hungary!

If you have any personal comments, questions, good or bad opinions about this website, please, write to the author! He will answer as soon as possible!